How 2 bills in the US affects the Whole World

When I first heard of the 2 bills before the United States House of Representatives and the United States Senate respectively, I really did not care much. It was the 24 hours Wikipedia Wikipedia blackout which forced me to read about SOPA and PIPA and the possible impact they would have on all of us around the World if the legislations are passed. 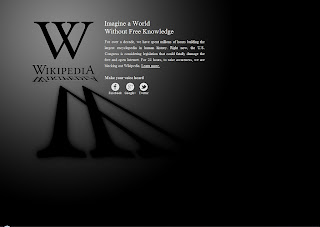 Is this the beginning of the end of the free and open Internet? I sincerely hope not.

I also hope that other Government officials around the World do not get the same idea.

It would have made more of an impact had Facebook and Twitter joined in but for selfish reasons I was glad they had not - it was my graduation at Warwick University today.

Anyway, here are some interesting links on the issue:

Live Blog on The Next Web