A few years ago, I had posted something related on my old Warwick blog on "Selling is not marketing". Anyway, Ana mentions that the definition she usually refers to is the one given by the Chartered Institute of Marketing which describes marketing as:

As I commented on Ana's post,  the growing importance of Social marketing has presented some unique issues, where positive social change is the main objective and not fiscal targets. This may mean that the term "profitably" in the CIM definition may not be applicable all the time.

Furthermore, I would add 'and maintaining' just after 'satisfying'. From personal experience and what I have heard from other people, it seems that a lot of companies here in the UK  are totally ignorant or choose to ignore the concept "LOYALTY".
- May 26, 2012 No comments:

I was on air today morning on the Annie Othen Show on BBC Coventry and Warwickshire. I was asked to give my opinion on whether I thought businesses taking advantage of the Jubilee and Olympics (Jubilympics!) celebrations.

You can listen to the recording here: http://www.bbc.co.uk/radio/player/p00rxydt

In case you are not aware, the 2012 Olympics and the Queen’s Diamond Jubilee celebrations are coming up soon. Everyone is getting into the mood. However, some feel that stores are taking advantage. One listener had complained that a shop had wrapped up her favourite sponge cakes in new packaging (the Union jack), increased the prices and reduced the number of cakes.

Of course this is nothing new. Businesses do it all the time - "making hay while the Sun shines" and in this case, profiteering from patriotism. However, they have to remember that consumers are not stupid and they risk alienating their costumers, as it happened in this case with the lady and the cakes.

I also touched on the union Jack themed products. I believe that the party products including paper plates, cups, napkins buntings and balloons will do really well considering that over 10,000 applications for street parties have been put forward all over the UK. However, you now see the British flags on all kinds of products ranging from M&Ms, cups to napkins and as someone reported on the programme, even on toilet paper and nappies. Well, I feel that's taking it a little bit too far. In other countries, people could go to jail for disrespecting the flag, if they did something like that. It would be interesting to study the national differences towards using the flag on products.

Do you think that putting the national flag on a paper napkin is right? I mean you will wipe your mouth on it and throw it in a bin afterwards on they could end on the floor with people walking on them.

Regarding the celebrations and decorations, as someone who comes from India and has spent several years in Malaysia, I definitely feel that the celebrations have been rather low key considering that having the Olympics and the Queen's Diamond Jubilee are once in a lifetime events. I have to agree with my colleagues - it is definitely a great excuse for people to come together and celebrate. I definitely do not feel exploited - there are a lot of choices around and we need an excuse to have fun, especially during these hard economic times. It's good for the British economy as well - just look at all the publicity and goodwill which the Royal Wedding generated last year. It all ends up strengthening the national brand.
- May 23, 2012 No comments: 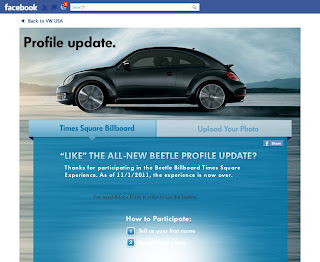 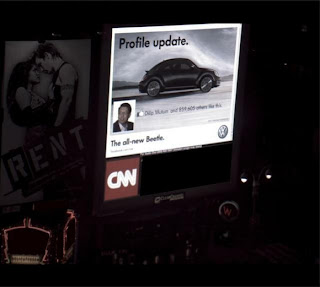 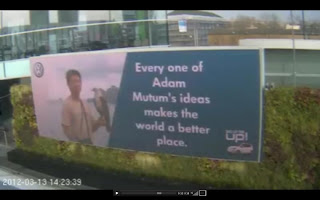 A great way to get customers engaged with the brand and product. Do you agree? Any possible issues?
- May 17, 2012 1 comment: