I am a big sci-fi fan and among all the sci-fi movies, I think Minority Report (2002) is the best. Not Star Wars, Star Trek or even Blade Runner but Minority Report. The movie was directed by Steven Spielberg and had Tom Cruise playing the lead character. It was based on the story by famous sci-fi writer, Philip K. Dick. 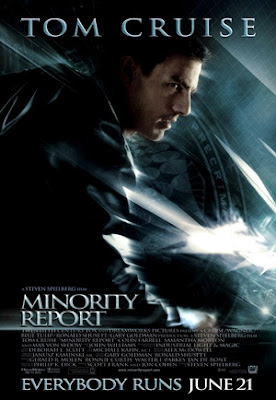 This is a movie that I use as an example in a number of marketing modules that I teach. It is amazing because so many of the things predicted in the story/ movie have actually come true.

1. Predicting crime before it happens

The Los Angeles and Santa Cruz police departments working along with academics (of course) and a company called PredPol used big data to predict crime. They adapted an algorithm that has been used to predict earthquakes and fed it past crime data. According to the reports, the software was able to predict where crimes are likely to occur down to 500 square feet. yes, that's right - 500 feet. The use of this software resulted in a 33% reduction in burglaries and 21% reduction in violent crimes in LA where the software was used.

Though not as advanced as in the movie, the tech is already here - in fact, it is quite common and those who have a Microsoft Xbox One would be aware of the Kinect hand gesture navigation. However, this feature was dropped last year with their latest update.

Tom Cruise's character escapes using a futuristic Lexus car. The Lexus 2054 concept car was developed specifically for the movie at the request of Steven Spielberg. Though not a typical product placement in a movie, it is a good example. 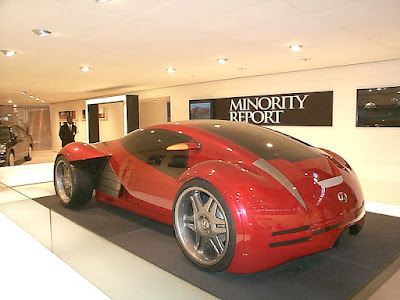 These driverless/ self-driving cars are no longer science fiction and several car companies, as well as Google, are in the process of testing out various prototypes on the road. See Wired: Autonomous vehicles and Popular science: autonomous cars.

The movie features retinal recognition technologies which trigger targeted and personalised ads based on the customer's preferences and past shopping history. Can you recall where this happens? Though this is not a reality yet, researchers are already working on biometric retinal recognition. A number of websites including Amazon and Facebook now deliver targeted and personalized ads based on your surfing and shopping history.

Did you notice other predictions in the minority report that has come true?